Where Can I Travel with IDP in Europe ? 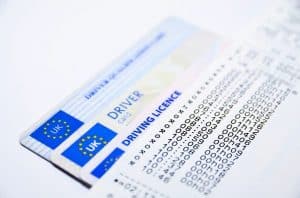 The best way to travel across Europe is to do so in your own car. That will give you the freedom to make your itinerary and to explore a country or a region as much as you feel like at the moment.

In order to do so, you’ll need to obtain an international driving license. That’s a document that allows you to drive internationally but only if you already have a national license of your own. It’s easy to obtain and renew once it expires.

How to Get an International Driving Permit?

It’s easy to get an international driving permit online, as long as you already have a national license. The permit is usually issued by the institutions that issue the national license as well. You’ll need to provide it, and two photos, as well as pay a small fee, and the permit can be created in no more than a week.

There’s no driving test or a medical examination you’ll need to pass to get the permit since the document is based on your own national license. The test is required to get a national license, however.

Be Aware of Scams

Try to be aware of scams that sometimes circulate online when it comes to obtaining an international driving permit. Sometimes this document is called a license since that’s what the national document is called. However, that’s not the official term for the document.

If someone is trying to sell you an international driving license, chances are that they are trying to scam you and you should look for other more reputable sources to get your documents from. The same goes for documents that seem too inexpensive or too expensive as compared to others, which you can find online.

Do You Need a Permit in Europe?

Simply put, yes, the permit is necessary in order to drive in Europe, as a foreigner. However, there are a few things you need to be aware of when acquiring it. Such a permit is needed only if you’re a non-European. Drivers from Europe can travel from one country to another with only their national licenses.

It’s however, true, that the driving practices in Europe are rather relaxed and many drive without an international permit, regardless of the law. This isn’t something to try if you’re a careful person, since it may become a problem when you’re stopped by the police.

There are different types of permits and it’s important to notice which one is required and accepted in which European country before taking the trip. There’s an international permit that lasts for a year and one that expires after three years.

The UK used to be a part of the EU and the citizens of the UK could drive to continental Europe with their own national licenses. Now after Brexit that’s no longer the case and if you’re traveling from the UK to the EU, you’ll need to obtain an international permit just like everyone else.

The permit is easier to obtain in the UK than it is for everyone else because the fees are much smaller than they are for citizens of other countries. It’s also possible to get both types of licenses at once so that you can safely travel to the countries that require the other version.

What Can You Do with an International Permit?

An international permit can be used to drive your car while in a foreign country. Some countries also require you to have one so that you can rent a car. In some cases, you’ll need to pay an additional fee for renting a car based on how long you’ve had your license.

An international permit can’t be used as an ID. If you want to prove your identity to someone in a foreign country, you’ll need to use some other document for that purpose. That’s usually a passport since that’s what most countries require from foreign citizens.

Russia isn’t always thought of as a part of Europe, but it is at least partly, and most of the tourist attractions in Russia are located in its European part. The rules for driving in Russia as a foreigner are a bit different than in the rest of Europe depending on where you’re coming from.

US drivers are allowed to use their own national licenses in Russia for a year before having to obtain and produce other documents. If you’re coming from another country, however, you’ll need to have an international permit with you.

Turkey is another country that may or may not be a part of Europe, and that has its own rules when it comes to allowing foreigners to drive while visiting.  You don’t need to have an international driving permit while visiting Turkey if you plan to stay for less than 3 months.

If you plan to stay more than that you’ll need to use the permit as is the case in other countries, you’ll need to have a national permit with you as well. Only those older than 18 are allowed to drive in Turkey.

What to do if you Don’t have the Permit?

You’ll need to have a permit with you and you’ll get fined if you don’t. The severity of the fine depends on many different circumstances.  If you’re stopped for some other infraction you may get a stricter fine for not having a permit as well.

It also depends on the country you’re in. Some countries have a more severe penalty than others. For the most part, European countries have fines that you can pay right away and you won’t be able to use your car until you obtain the proper permits. The fines may get higher if you’re caught without a permit more than once.

How to start flipping land for profit ?